By Manly Bryant on March 27, 2018
Advertisement 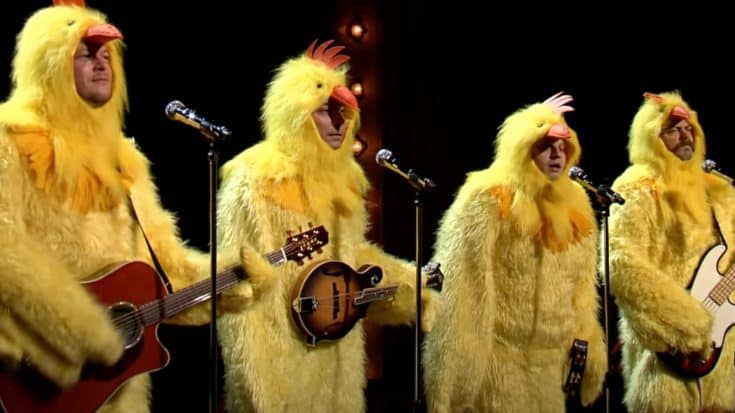 Country fan-favorite Blake Shelton joins a clucking quartet for a special performance on Late Night with Jimmy Fallon – and it’s one like you’ve never seen before.

Joining in with host Jimmy Fallon, Nick Offerman (Parks & Rec star), and writer Chris Tartaro, Shelton donned a full-feathered chicken suit for a concert that you won’t want to miss!

The “Chickeneers” (as they call themselves), take their name from popular band The Lumineers and, similarly, perform their Grammy-nominated hit “Ho Hey”…but, rather in a fashion more traditional to farm fowl.

While these big birds don’t have the vocal talents of The Lumineers, they can definitely play a mean guitar as they try to cluck their way to stardom.

“Chick” out this hilarious video below!