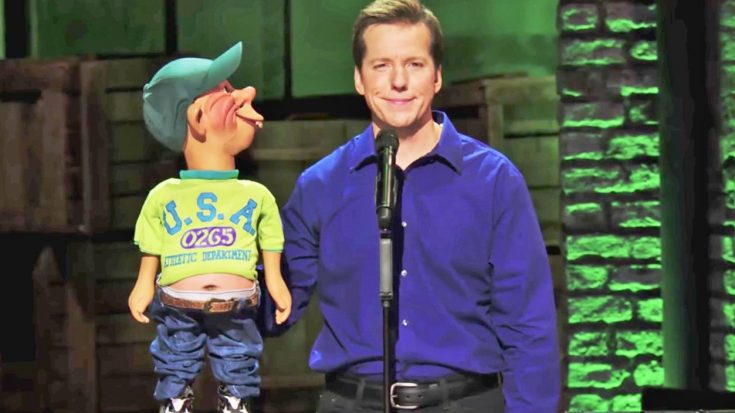 Looks like America’s favorite redneck is on the hunt for a new job! Bubba J teamed up with his best bud Jeff Dunham in his latest Netflix special, Relative Disaster, the comedian taking a moment to ask the redneck puppet what’s been going on in his life since they last spoke.

“Oh good, so you found a job?” Dunham responded.

Trying to help his friend out, Dunham asked him if there’s any job he’s interested in to help him narrow down his job search. After giving it some thought, Bubba J revealed he likes getting up on stage with Dunham and “talking to people.”

The conversation took a hilariously unexpected turn after Dunham asked if Bubba J is up-to-date on social issues, the redneck puppet mixing up “social issues” with “social diseases.”

“Well one time I caught something from a girl and itched,” shared Bubba J.

“Not a social disease,” corrected Dunham. “A social issue.”

“Oh I thought those were the same thing,” responded a confused Bubba J. “It itched and that was an issue, especially socially.”

The comedian continued his attempt to offer the puppet some career guidance, but to his despair, the redneck puppet just wasn’t getting it.

You can watch the hilarious comedy skit below!