Carrie Underwood Adds New Show, You Can See Her Even Sooner Than You Thought… 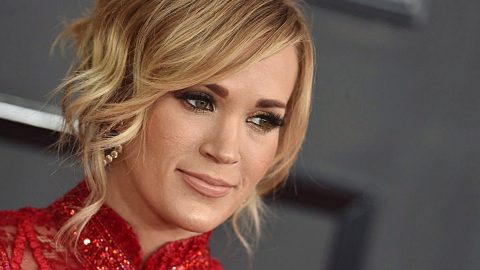 After suffering a serious fall in November, Carrie Underwood decided to lay low for a while. The fall left her with an injured wrist and 40-50 stitches in her face, with the latter being something Underwood was hesitant to show in photos.

For a while, the only show Underwood had scheduled for 2018 was for August in Detroit Lakes, Minnesota. This left fans thinking that maybe they wouldn’t get the chance to see Underwood again until then.

But that eventually changed when the CMA Fest announced its lineup. The multi-day festival is one of country music’s biggest events of the year, and is set to take place from June 7-10 in 2018.

Underwood was revealed as one of the performers scheduled to take the main stage in Nissan Stadium. Fans rejoiced over the fact that Underwood was ready to perform again!

Later, Underwood added yet another live performance to her schedule when she shared that she’d be singing a new single at the 2018 ACM Awards on Sunday (April 15). After thinking that they wouldn’t get to see her until June, fans went nuts over this news.

But that’s not all! It appears that Underwood is completely ready to get back in the spotlight, as she has added yet another live show to her schedule. Because of this, you can go see her perform live even sooner than you thought!

Billboard reports that Underwood will be headlining a three-day music and wine festival called Live at the Vineyard in Napa, California. These performances are scheduled to take place before the CMA Fest, with the dates spanning from May 15-17.

This is a big deal for more reasons than one. You see, this is the first time that the Live at the Vineyard festival has ever hosted a full country lineup. Underwood is making history as the festival’s first country edition headliner.

The festival, which is taking place in partnership with the ACM, will also feature performances from Old Dominion, Hunter Hayes, Maddie & Tae, and more.

Tickets to the festival are not available for purchase. Instead, you can win them through promotions and sweepstakes. So it’s a truly rare opportunity if you do get to go!

A highlight of Underwood’s sets is sure to be her brand-new single, “Cry Pretty.” Released on Wednesday (April 11), Underwood will perform the song live for the first time on the ACM Awards. Go ahead and listen to it now to get an idea of what to expect.

We’re so glad that Underwood is back in the game again! We’ve missed her!