By Manly Bryant on January 25, 2018
Advertisement 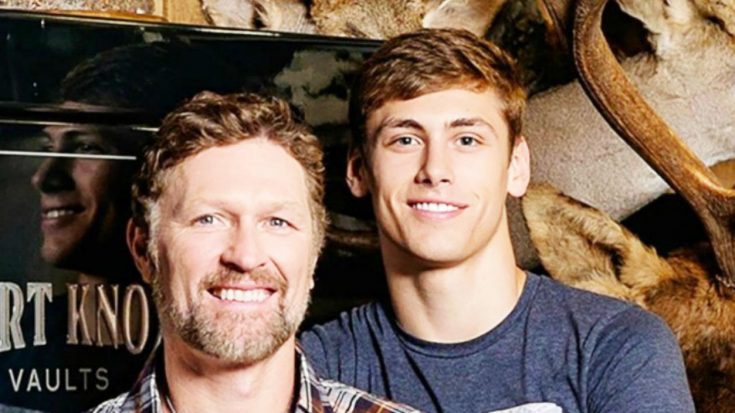 When country singer Craig Morgan tragically lost his 19-year-old son, Jerry Greer, it was more heartbreak than anyone could ever imagine. The pain of losing a child is one of the greatest fears a parent can hold, and that horrible fear quickly became reality for the Morgan family.

In mid-2016, Greer was killed in an unfortunate boating accident while tubing with some friends. He had just graduated from high school and planned on attending Marshall University in Huntington, West Virginia that fall.

“We are blessed by the outpouring of prayers and condolences from across the world. Jerry may be gone from this earth, and we will miss him every day, but his spirit will live on in our hearts,” Morgan said in a statement at the time. “We will find peace knowing that God has a bigger plan, and that one day, we’ll be reunited with him again in Heaven.”

Now, nearly two years later, a special reality television series is premiering that will show how the entire Morgan family has coped with the passing of their loved one. Titled Morgan Family Strong, the show gives fans a very intimate look at the Morgan family both at their home and while out on tour.

The series will debut on UP TV starting on March 1st and not only cover how the Morgan family has coped with a terrible loss, but also show how they’ve built a local business together as a family. The business, Morgan Family Farms, has a storefront in Dickson, Texas.

#MorganFarms honey. ? Our honey is truly local. Our Bees are kept here on the Morgan Family Farm in Dickson TN and our honey is harvested by @cmorganmusic and family. 8oz $12 4oz $8

This new reality series will follow members of the Morgan family that includes Craig, wife Karen, daughter Alexandra, and his sons Kyle and Wyatt.

As Craig Morgan revealed in a tweet announcing the series, “I’m excited to finally share what my family has been working on for some time now, a show about our new venture [Morgan Family Farm], and what we face together as a family called #MorganFamilyStrong.”

I’m excited to finally share what my family has been working on for some time now, a show about our new venture, @MorganFarms13, and what we face together as a family called #MorganFamilyStrong. It will air on @UPtv and debut on Thursday March 1st. https://t.co/sDxkC6zMo6 pic.twitter.com/ixgEdQNKRx

See Craig Morgan perform a live version of his newest release “I’ll Be Home Soon” below.