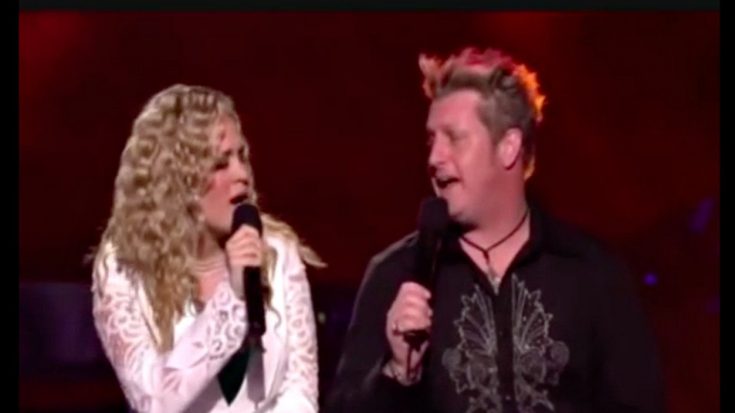 11 years ago Carrie Underwood's debut album "Some Hearts," was certified for sales of 7 million copies by the RIAA. #MusicIsLife pic.twitter.com/G2jLyPi6sC

In the twelve years since her Idol victory, Underwood has continued to break records and earn herself the title of the modern day Queen of Country. Many have forgotten the journey that brought Carrie Underwood to the country music community….the journey that was American Idol.

Carrie Underwood had nearly given up on her dream of singing, and had chosen to attend college and pursue a degree in mass communication with an emphasis in journalism. One year shy of earning her degree, Underwood auditioned for American Idol…something that wouldn’t have happened had she signed the record deal with Capitol Records years before. Underwood would go on to complete her degree in 2006, after being crowned the Idol champ.

One of Carrie Underwood’s most popular performances on American Idol was a duet she performed with Rascal Flatts‘ Gary Levox. During the show’s finale, the two sang the band’s Grammy Award winning song “Bless the Broken Road.” The song seemed an anthem of sorts for Underwood who had indeed traveled a broken road to fulfill her dream of singing.