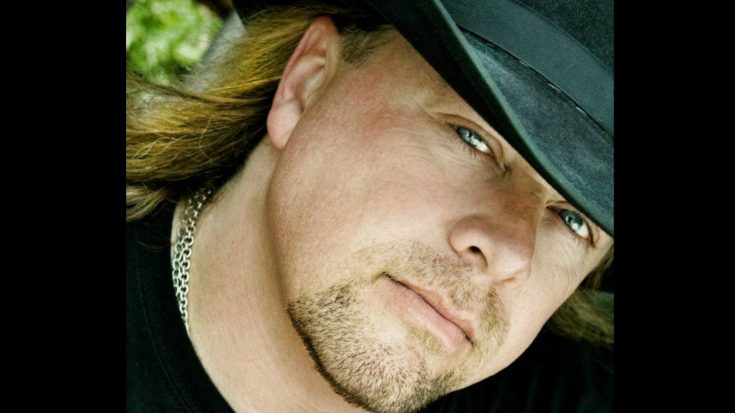 2013 found Cody McCarver at an all-time low. The former keyboard player and vocalist for ‘90s super group Confederate Railroad had experienced more heartbreak and success than most people do in an entire lifetime, and it was getting the better of him.

McCarver, a Dunlap, Tennessee, native, grew up in church. A musical prodigy, Cody became the church pianist at age 9. Cody honed his musical talent in the church, performing with numerous contemporary Christian and southern gospel acts over the years. But, that wasn’t where he was meant to stay.

Only a year after entering college, Cody had the opportunity to move to Nashville to become the road manager and bass player for country music legend Lynn Anderson. The gig eventually led to a job opportunity with Confederate Railroad. In 1998, at the height of their success, McCarver joined the band. The transition was bittersweet for McCarver. While he was excited about the new opportunity, he was also dealing with a family tragedy that would eventually bring his life full circle.

On Cody’s birthday, August 14, 1998, his father was arrested for murder and was later sentenced to life in prison. Cody visited his father regularly and they developed a relationship that was more like that of brothers, rather than father and son.

Cody continued to travel with Confederate Railroad while taking advantage of every opportunity to spend time with his dad in prison. In the meantime, doors began to open for McCarver, paving the way for a solo career. Two years before leaving Confederate Railroad, he released a self-titled solo album that would earn him three No. 1 videos on CMT Pure and would earn him the title of Music Row Independent Artist of the Year for three consecutive years.

The success of his Cody McCarver album would lead to him being named national celebrity spokesperson for Big Brothers-Big Sisters of America Amachi program, a program for children with inmate parents. Cody also appeared in several movies including “Cole Younger and the Black Train” and “Billy the Kid” before deciding that he needed to devote more time to his solo career.

Three years after Cody left Confederate Railroad and 15 years after his dad was imprisoned, Cody’s dad passed away behind bars.

“After fifteen years of visiting my father and fighting for his freedom, I never dreamed that this chapter of his story would end this way,” Cody recalls. “When I received the phone call that my father had passed away, I viewed my endless prayers as going unanswered.”

However, God gave Cody peace the following morning when he realized that his prayer had been answered….his dad was now free.

The heartbreak of the loss and the pressures of his career drove McCarver to drink. At the time of his father’s death, Cody tells Country Rebel, “I was drinking really hard. I was a miserable guy. I had many great things happening, movies, CDs on the shelf, touring with David Allan Coe, but I was miserable.”

In an act of desperation, Cody returned to the little church he grew up in. It was there that he gave his life to Jesus. From that point on, McCarver started writing and recording songs about what he had been through. While many artists attempt to hide their weaknesses and heartaches, McCarver candidly put pen to paper and poured his heart out in song.

With the help of veteran songwriter Lew Card, Cody wrote “Let It Rain” about the day he returned to his home church and his life was changed. He wrote “The Lord’s Will” about his father’s death in prison. It was important to Cody that his songs represented his story. “I wrote lyrics about God saving from drugs and prison instead of ‘I’ve been to prison and done drugs,’” Cody shared.

Through Cody’s journey, a new musical genre was created. While pitching his gospel tunes to label executives in Nashville, he was told repeatedly that he had an outlaw sound and didn’t fit in the Contemporary Christian world. After reading the Bible and a book called “Beautiful Outlaw” by John Eldredge, the term “Outlaw Gospel” came to McCarver’s mind. While talking with a friend, he joked that he was “outlaw gospel.” Cody’s friend thought the label was brilliant and encouraged the singer to develop his own genre. Hence, Outlaw Gospel was born.

In fact, McCarver trademarked the phrase and has taken his message of redemption on the road. Outlaw Gospel fills a gap between country music, contemporary Christian, southern gospel, and even bluegrass. While the sound of Cody McCarver’s music is very much country, the message is different.

Cody is now back where his music career started….in church. His incredible story of success, heartbreak, loss and redemption is able to reach audiences that many people can’t reach.

“I believe God will take you. He’ll break you. Then He’ll remake you. And I have been remade,” says Cody. And the message rings loud and clear through his latest single, “Rise Up.” The tune is the debut single from McCarver’s upcoming album titled “#Hallelujah.”

Follow Cody’s Facebook fan page by clicking here. Hear his latest single, “Rise Up,” in the video below.