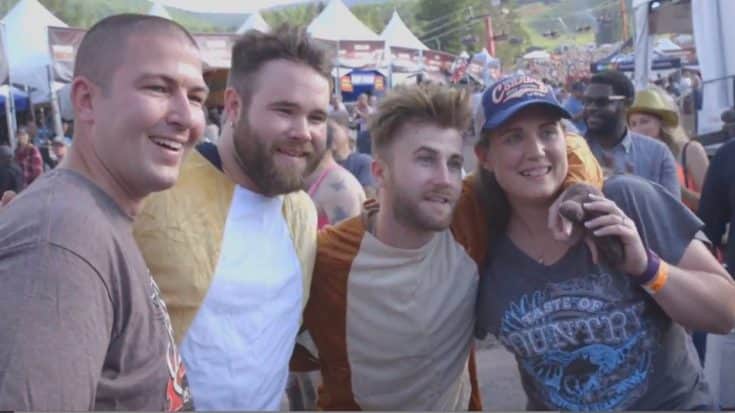 Chris Slinn and Casey Gannon had their first date at the Taste of Country Music Festival in 2013. Little did the couple know that three years later, with the help of one of country music’s hottest duos, they would be getting engaged at the same festival.

Chris Slinn enlisted the help of a local radio station to pop the question to Gannon during last week’s music festival. The radio station recruited country duo, the Swon Brothers, to make the moment epic.

Zach Swon dressed as a bear while his brother Colton dressed as a horse. The duo walked through the festival crowd taking pictures and interacting with younger fans. Eventually the Swon’s came across Slinn and Gannon.

The elder Swon Brother approached the couple with their engagement ring in his hand. Slinn asked, and Gannon said “Yes!” The moment was captured on video by Taste of Country who shared it with their fans on YouTube.

Watch the memorable proposal unfold in the video below.