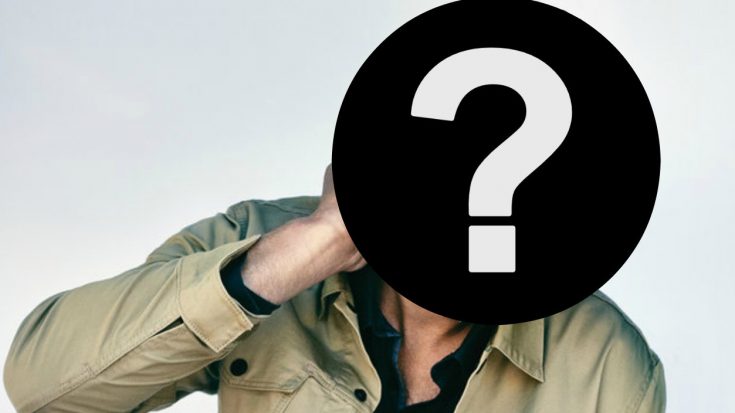 Dwayne “The Rock” Johnson, David Beckham, Channing Tatum, Bradley Cooper, Adam Levine, and Johnny Depp are just a few of the men who have had the honor of being named People magazine’s Sexiest Man Alive. Now a country megastar has joined their elite ranks. The news was announced Tuesday night (November 14) and the accompanying story revealed that Blake was more than a little surprised by the honor.

“Y’all must be running out of people. Like, wow, we’re down to somebody who is somewhat symmetrical,” Shelton said of the moment he found out he had been chosen.

The “I’ll Name The Dogs” singer was persuaded to accept by his girlfriend of two years, Gwen Stefani. “She goes, ‘Listen to me, you’re going to regret this for the rest of your life if you don’t take this gift and just live in the moment,” Shelton told People.

But, the Voice coach confessed that the main reason he accepted is so that he could rub it in the face of his fellow Voice coach Adam Levine who was named Sexiest Man Alive in 2013.

“As proud as I am and honored that you guys asked me, that’s really the only thing I care about,” he said. So how exactly does Blake maintain his sexy physique? He exercises regularly on the treadmill and tries to eat a healthy diet in the midst of his crazy schedule, but he admits that when he’s at home in Tishomingo, Oklahoma, his habits are quite different.

“It could be 2 o’clock in the afternoon before I eat and then I realize I’m starving, so then it’s a bag of Cheetos,” he says. “And there’s a Sonic in town, they got jalapeno poppers. And then I’m not hungry again until 10 o’clock, well what’s in there? Fishsticks. And like a big pickle, those pickles that come in its own package with juice? It is really bad.”

Shelton concluded that his new title will be one that he plans to enjoy as much and as long as possible.

“It’s going to be used in every conversation, whether it’s at The Voice, or at the feed in Tishomingo, Oklahoma, or in a conversation with a doctor,” he says. “When [people] would say to Adam, ‘Mr. Sexy,’ you’d always see him go, ‘Well, awwww…’ If you say that to me, it’s going to be, ‘You’re damn right, I’m Mr. Sexy! I’ve been ugly my whole life, if I can be sexy for a year, I’m taking it. I’m taking it.”