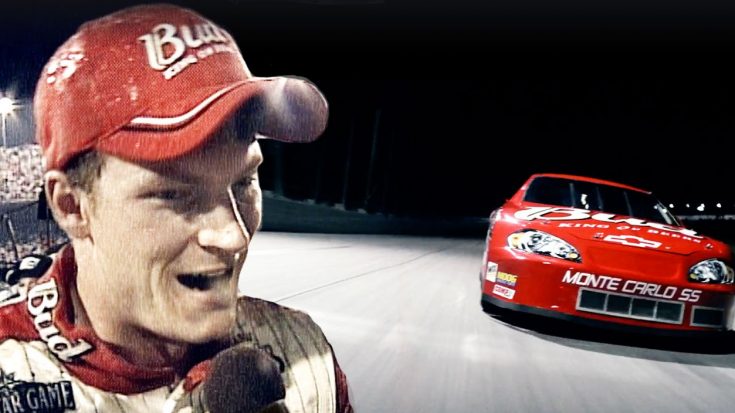 The longtime sponsor and supporter of NASCAR‘s most-popular driver created this heart-melting tribute in honor of his lengthy career on the track and shared it with the world on the cusp of his retirement from the sport that his family has been participating in for decades.

Dale Earnhardt Jr. officially announced his retirement back in April 2017 and said that this current season of NASCAR’s Cup Series would be his last. He’s been sharing his own series of posts that cover highlights of his career in a campaign he calls “#Appreci88ion.”

Budweiser was one of Dale Jr.’s biggest sponsors for a majority of his career and sponsored races from 1998 to 2007 and, as such, built a close bond with the driver and his team – something they showcased in this stunning montage of clips from those old glory years.

Debuting on social media, Budweiser unveiled a very emotional tribute to Dale Jr. that showed some of the biggest moments of his career – including his shocking and amazing win at Daytona during the first race held there since his father’s death in 2001.

This three-minute-long tribute to the racing star culminates in a single statement taking Budweiser’s longtime slogan and shaping it to honor him, saying “This Bud’s for you, Junior.” Many fans and colleagues were in tears after watching this powerful video.

Not sure if I ever sobbed at 7:27AM on a Tuesday before, but I’ve never been a fan of a human being like DaleJr either. https://t.co/5lreZ749jR

Watch Budweiser’s heartfelt and emotional video below and let us know what you think in the comments.

One last lap and the memories come racing back. Thank you for sharing your journey with us, @DaleJr #ThisBudsForYou pic.twitter.com/SdDckH7oxV