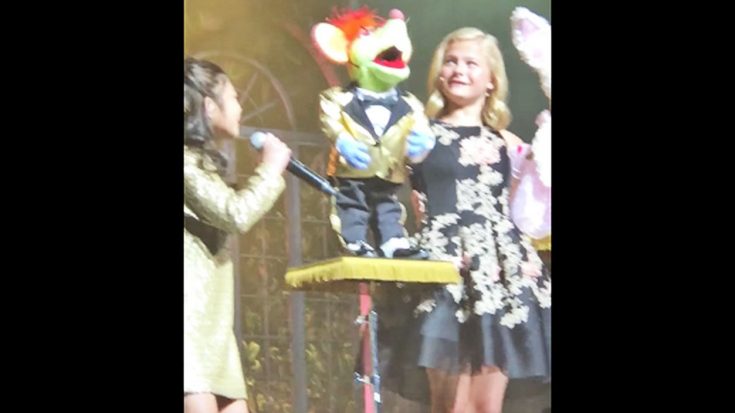 Darci Lynne Farmer made history as one of the three youngest contestants to ever be named the champion on ABC’s hit competition series, America’s Got Talent.

In addition to winning the million dollar jackpot, Darci Lynne earned a three-night show at Planet Hollywood in Las Vegas. Following the announcement that the recently turned 13-year-old singing ventriloquist was to headline her very own Vegas show, the young talent invited fellow season finalists Angelica Hale and Preacher Lawson to join her on stage at the sold-out event.

During her show, Darci Lynne teamed up with puppets Petunia and Oscar for a recreation of famed rendition of Beatles’ hit “With A Little From My Friends” from one of her final performances on AGT, bringing out a special guest midway through to help them finish the performance.

10-year-old Angelica – who stood on stage with Darci Lynne in the final two prior to host Tyra Banks naming the Oklahoma-native the Season 12 champion – joined her pals on stage, delivering a stunning solo, showing off her powerful voice that America fell in love with.

You can watch their rendition of “With A Little Help From My Friends” below.