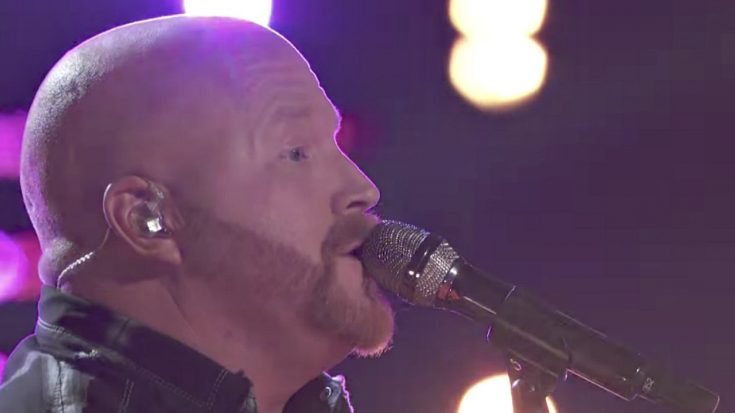 The son of an Alabama preacher, Red Marlow was raised on bluegrass and gospel music so it’s no surprise that Marlow took the opportunity to honor his dad during The Voice‘s first live rounds of the season.

Marlow went back to 1989 with country band Shenandoah’s first number one hit, “Church on Cumberland Road.” Marlow looked in his element and showed of his ability to entertain during his performance.

The demo singer turned construction worker first wowed us during his Blind Audition with his take on John Anderson’s hit song “Swingin’.” The performance left Blake Shelton and Miley Cyrus fighting over Marlow with Shelton eventually convincing the singer to join his team.

Week after week Red has proven that he is as country as it gets, and this week was no different. Adam Levine praised Red’s authenticity and his performance of “Church on Cumberland Road.”

Blake agreed with Adam and was impressed to finally see the entertainer side of Marlow. The coach added that Red once again made many country fans happy.

Do you think Red Marlow has what it takes to win Season 13? Check out his cover of “Church on Cumberland Road” in the video below then let us know what you think!