By Jennifer Pernicano on July 14, 2017
Advertisement 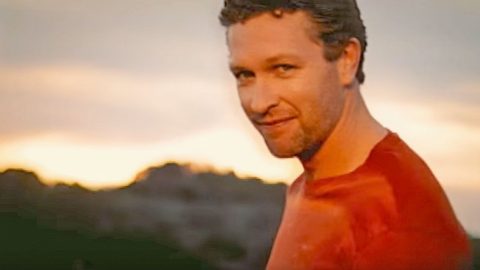 Country singer Craig Morgan made history back in 2004 with the release of his glorious single “That’s What I Love About Sunday,” the touching track going on to become the first independently released single to top the charts in over four years. Plus, with lyrics so beautifully strung together as such, is it really any surprise the song soared the charts?

Country Music his: Mar 26: '05 Craig Morgan stays 4 wks at No. 1 on Billboard with "That's What I Love About Sunday" pic.twitter.com/bKNjfJyedG

For a song about the traits that make Sunday the most glorious day of the week, a video creating those beautiful lyrics into a visual is only fitting. Directed by Shaun Silva, the video for “That’s What I Love About Sunday” features Morgan walking through a field of people portraying the activities that make the Lord’s day so great.

“That’s what I love about Sunday: Sing along as the choir sways,” signs Morgan. “Every verse of Amazin’ Grace/ An’ then we shake the Preacher’s hand.”

“That’s What I Love About Sunday” was released in 2004 off of Morgan’s album My Kind of Livin’. The single went to top the charts at No.1 in addition to becoming Morgan’s signature song. Not to mention, Billboard declared it was the song of 2005 – a truly memorable recognition.

Craig Morgan has a country music career spanning almost two decades! Since the release of his self-title debut album…

You can watch the video for “That’s What I Love About Sundays” below.