By Manly Bryant on December 5, 2017
Advertisement 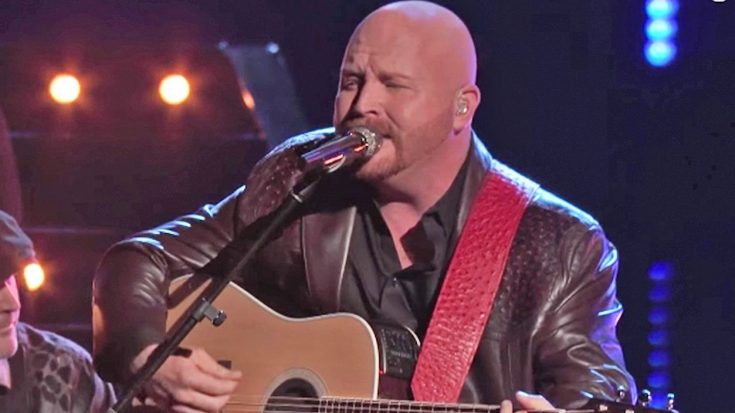 This may just be the most country contestant to ever take the stage of The Voice! Sitting atop a stool armed with an acoustic guitar, 40-year-old Red Marlow transports you to church with a heavenly take on Craig Morgan‘s “What I Love About Sundays.”

Marlow’s delivery of Morgan’s southern ode to Sunday bled pure traditional country, the contestant expertly playing his guitar throughout his performance. The singer delivered the song highly reminiscent to the original, his divine rendition proving why he’s earned his spot in Season 13’s Top 10.

Fans first met Marlow in the Blind Auditions when he earned two-chair turns from coaches Miley Cyrus and Blake Shelton following a spot-on performance of John Anderson‘s “Swingin’.” The contestant’s audition sparked an epic battle between the coaches with Marlow inevitably going on to join Team Blake.

The construction worker – whom is described to be “as country as it gets” – currently resides in Tennessee, making his trek out to Los Angeles in hopes of building a career in country music.

“That’s What I Love About Sunday” was released in 2004 by the country singer, going on to top the charts at No.1 in addition to becoming Morgan’s signature song.

You can hear Marlow’s rendition of “What I Love About Sunday” below!