Popstar Makes History As First Woman To Debut At No.1 On Country Chart

By Manly Bryant on December 5, 2017
Advertisement 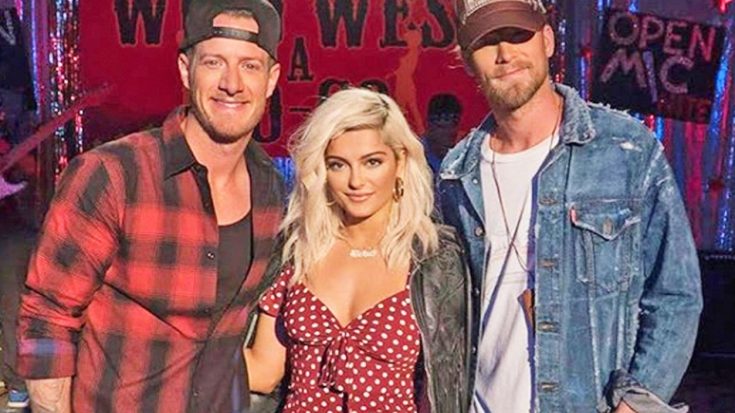 Florida Georgia Line added another hit to the their long list of outside-the-genre collaborations when they teamed up with popstar Bebe Rexha for her sultry single, “Meant to Be.”

Following the massive success of their collaboration, Rexha made history as the first woman to debut a song at No.1 on Billboard’s Hot Country Songs chart.

“Just found out I’m officially the first female in the history of Country music to debut at #1 on the country billboard charts,” shared Rexha via Twitter after the news of her historical feat began making headlines.

Just found out I’m officially the first female in the history of Country music to debut at #1 on the country billboard charts. ??????

The news sparked confusion amongst the country music community, many countering Carrie Underwood‘s “Inside Your Heaven” debuted at No.1. However, while Underwood’s breakout single debuted at the top of Billboard’s Hot 100 chart, it did not debut at No.1 on Hot Country Songs chart.

In addition to their collaboration with Rexha, FGL have notched massive crossover radio hits with the help of the Backstreet Boys in their most recent No.1 “God, Your Mama, and Me” in addition to their appearance on EDM pop duo The Chainsmokers‘ “Last Day Alive.”

You can hear the history-making single below.