Was This ‘Voice’ Singer’s Teary-Eyed Keith Urban Cover Enough To Save Her From Elimination?

By Miranda Raye on December 6, 2017
Advertisement 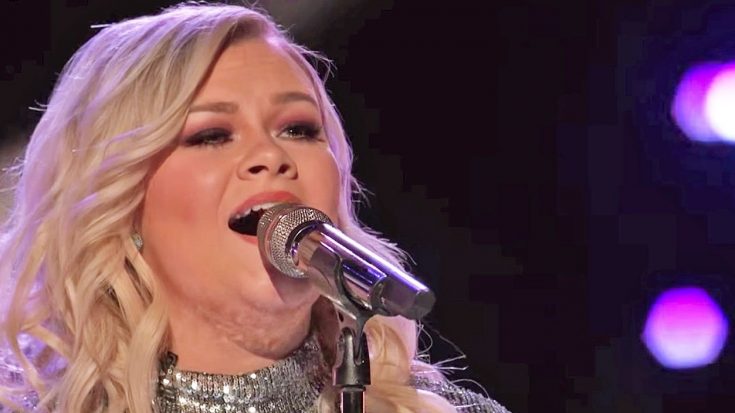 The Voice is approaching its final stages of the competition, and while those stages come with great excitement, there is some sadness involved. This sadness comes as a greater number of artists are eliminated to help narrow the field before the finals.

This week, The Voice eliminated not one, but two contestants by the time its results show wrapped on Tuesday night (December 5). Toward the end of the show, the three contestants who placed in the bottom three were thrown into an Instant Save round, during which they had to perform for America’s votes one final time. The winner of the Instant Save got to continue on in the competition, while the two who lost would have to pack their bags.

Surprisingly, one of the season’s most powerful vocalists found herself in the bottom three. That someone was Ashland Craft, the country singer who first earned a spot on Miley Cyrus‘ team with her blind audition performance of “You Are My Sunshine.” She later won her Battle and Knockout rounds, and became one of the select few singers on Cyrus’ team to make it into the live shows.

After weeks of delivering remarkable performances, you can bet it was quite a shock when Craft was revealed to be one of the artists in the bottom three this week. For the first time ever, Craft was forced to compete in the Instant Save round to keep her spot on the show.

In the past, Craft delivered grand performances that showcased the power of her voice. But when it came time for her Instant Save performance, she decided to give viewers something they hadn’t seen from her yet…something subdued and slow.

The song Craft chose to sing was Keith Urban‘s heart-tugging hit, “Tonight I Wanna Cry.” The emotions of the song and the moment clearly weighed on Craft, as she appeared teary-eyed throughout the duration of her performance.

Craft succeeded in showing viewers a whole new side to her voice, and proved it contains just as much power when she sings something softer and more vulnerable. But although Craft’s performance was undeniably gorgeous, it sadly still wasn’t enough to save her from elimination.

Even though Craft is no longer on The Voice, we know this isn’t where her journey ends. With a voice like that, she’s destined to be a star!