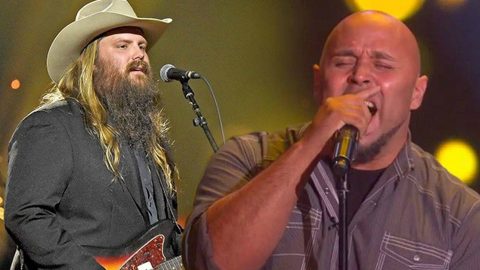 A lot has happened in the nearly three months since Kris Jones took the internet by storm with his jaw-dropping cover of “Tennessee Whiskey.” The hard-working dad performed on The Ellen Show, has appeared on numerous radio shows, and performed on stage with country legend Neal McCoy.

More than 50 million people have seen the video that made Kris Jones famous. As a result, the Texas native has garnered a huge fan following that is anxiously awaiting more music from Jones.

Well, the wait it over! A new video has surfaced of Kris Jones performing in his home town of Alvarado, Texas, earlier this month. Kris appeared on stage at the Turkey Creek Bar & Grill where he sang the Chris Stapleton-penned tune “Whiskey and You.”

The song was first recorded by Tim McGraw for his 2007 album Let It Go. Stapleton recorded it himself for his Grammy Award winning album Traveller.

Covering any song my Chris Stapleton or Tim McGraw is a challenge, but we dare say that Kris Jones delivered.

Hear Kris Jones sing “Whiskey and You” in the video below and show your support for Kris by sharing with everyone you know!