By Manly Bryant on October 20, 2017
Advertisement 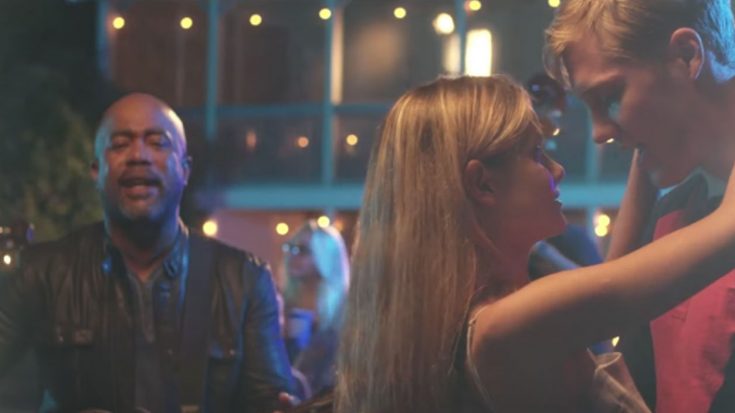 Darius Rucker will have you willing to do just about anything “For the First Time” with this flirty song! As a follow-up to his infectious country single, Rucker tells a beautiful love story from start to finish with his romantic music video for “For The First Time.”

The video kicks off with two friends talking at a party, one of the boys whispering to his friend “there she is,” giving off the sense that his friend has had his eyes on the gorgeous blonde for awhile. With his friend’s encouragement, he approaches her. Flashing between the night and the rest of their relationship, the video ends back where it started with the friend pressing him to talk to her, encouraging “there’s always a first time” for everything.

“For the First Time” was written by Rucker alongside songwriters Derek George and Travis Hill, the romantic video directed by the talented Jim Wright. The song was met with massive success, surely on its way to meeting the success of Rucker’s eighth and most recent No.1 single, “If I Told You.”

You can watch the romantic video for “For The First Time” below.