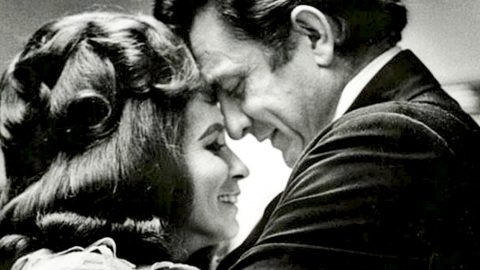 Carlene Carter didn’t have much choice but to follow in the footsteps of her famous family. The daughter of June Carter and Carl Smith, and the step-daughter of Johnny Cash, Carlene’s path was set even before she was born.

At age four, Carlene found herself on stage for the first time. That performance ignited a fire in the singer that continues to this day. Throughout the course of her nearly 60 year singing career, Carter has shared the stage with numerous country acts, but none greater than her own mother and the infamous Carter Family.

Earlier this year (2017), Carlene penned a touching tribute to her mother on what would have been June’s 88th birthday. In the letter, Carlene recalled her mother’s zeal for life, passion for music, and incredible sense of humor. She also remembered the lessons her talented mom taught her about life and music, and how June was always with her even when they were far apart.

“No matter how far away I ever was from her geographically or how far I veered off the path that she swore was preordained for me, Momma was with me,” Carlene wrote.

During a recent appearance at the Grand Ole Opry, Carlene’s words proved to still be true when an eerie photo was captured by Vicky Langdon, a freelance photographer who has been chronicling the Carter family for most of her life. The photo shows Carlene at the Opry piano as a double image reflects on the screen behind her. The image on the screen appears to be June Carter Cash sharing the stage with her daughter.

“Look at the reflection in the screen and tell me my Momma June wasn’t at the Opry Friday night playing piano with me!” Carlene wrote. “Yes she attends all my concerts! Of course! My guardian angel.”

Check out the photo below and let us know what you think!