Dolly Parton Dresses Up As ‘Willy Wonka’ Character For Halloween 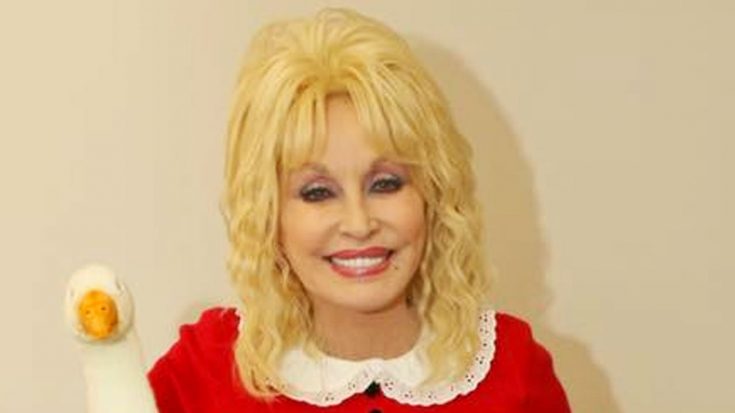 While appearing on the Harry Connick Jr.’s daytime talk show Harry, the country legend surprised audience members with her tasteful and cute Halloween costume that went with the theme of the show.

Connick’s Halloween episode was a full-on tribute to the late Gene Wilder. The entertainer dressed up as his iconic Willy Wonka character and even performed “Pure Imagination,” a song Wilder sang in the film, and a song Connick included on his 2001 album Songs I Heard.

Dolly Parton stuck with the theme and dressed as another character from Willy Wonka and the Chocolate Factory, Veruca Salt. You may remember Veruca as the rich girl who demanded her father buy her anything and everything she wanted. Watch a clip from the film to remember her below.

Since Veruca was so obsessed with buying a golden goose egg, Parton showed up with plenty – a gold shopping cart full of them to be exact!

Parton makes the perfect Veruca Salt, except she’s a whole lot nicer than the actual character! Take a look at a sneak peek of the episode below.

Parton also spoke to Connick about losing a Dolly Parton contest in the clip below.