By Manly Bryant on October 31, 2017
Advertisement 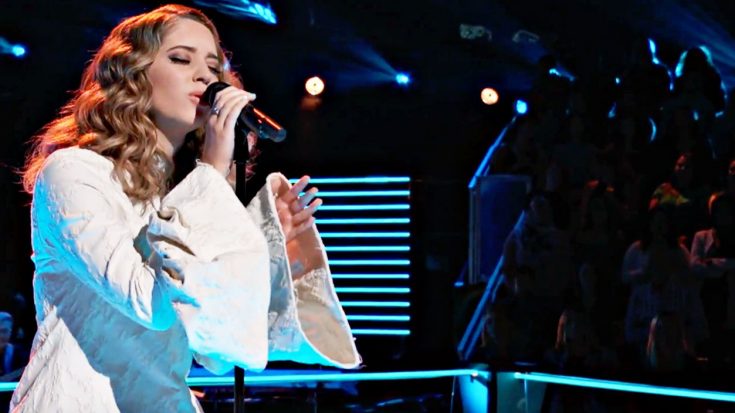 Similar to the former winner of Season 10, this young singer honors this legendary singer with a cover of Linda Ronstadt‘s signature song, “Blue Bayou.”

Part of Miley Cyrus‘ team for the newest season of The Voice, young Karli Webster first earned a spot on the show with her riveting performance of Carly Simon’s “You’re So Vain” during the blind auditions.

Now, after several weeks of eliminations, Webster continued to push through and retain her spot – until this week.

Paired up against fellow teammate, Janice Freeman, Cyrus was forced to make a decision for this “Knockout Round” where the two singers each picked a full song to perform in hopes they could best one another and keep on competing.

While all the coaches agreed that Webster did a great job with her own performance, ultimately, Cyrus chose to keep Freeman on board instead. Freeman performed a cover of “I’m Goin’ Down” by Mary J. Blige.

Watch Karli Webster’s smooth performance of “Blue Bayou” below and let us know if you think she should have been chosen as the winner instead!