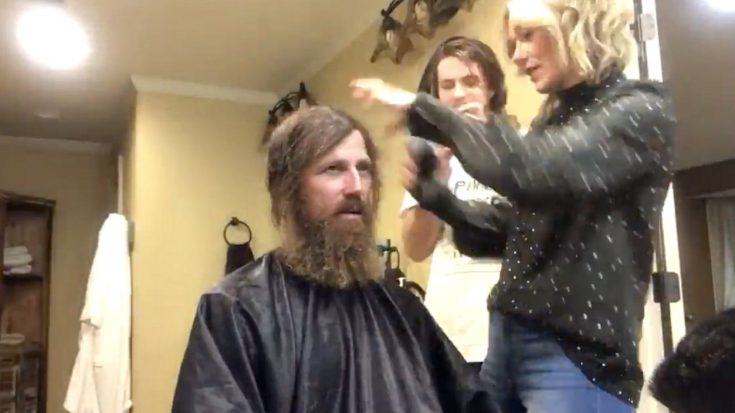 Jase Robertson used a family Labor Day get-together to follow through on a promise he made. The 2nd oldest Robertson brother of Duck Dynasty fame completely shaved off his famous beard after raising $100,000 for the Mia Moo Fund, a charity to benefit children born with cleft lip/palate.

Not only did Jase Shave his beard, but he chopped his long locks. The result was a complete transformation that even his family wouldn’t believe.

Jase and his wife Missy started the Mia Moo Foundation in 2014 in honor of their daughter, Mia, who was born with a cleft palate. Earlier this summer the couple announced #ShaveJase, a fundraising campaign in which the star promised to shave his beard if they were able to raise $100,000.

We think you’ll agree that Jase is handsome with and without the beard! View the time lapse of Jase’s makeover and the big reveal in the videos below.