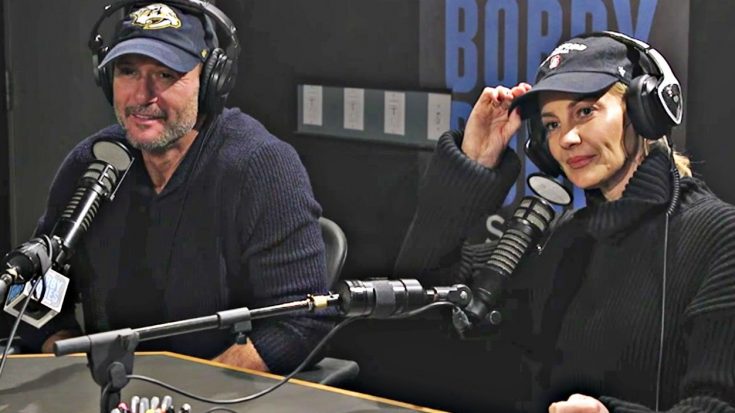 Admitting that they’ve gotten into quarrels right before walking on stage, Faith Hill also confessed that she “loves a good fight” and knows exactly which buttons to push to get her husband “all riled up.”

Having been married for more than 20 years, Hill and Tim McGraw certainly have had their share of squabbles and spats – but they each admit that going through those little nonsense arguments and tiffs is what makes them grow stronger as a couple.

“I mean, we’ve had our moments where we may have a little spat, but it’s – nothing legit, it’s just something ridiculous,” Hill told Bobby Bones.

Speaking with radio host Bobby Bones about what it’s like working so close to someone for such a long time and for many hours of the week, Hill continued on about their Soul2Soul The World Tour 2017 and how they work through stuff on tour.

“When I’m in a bad mood, and I’m not in a bad mood very often,” she continued. “But when I am, it’s like ‘Don’t talk to me. Don’t press any buttons. I love to press his buttons though! And I know exactly where all of them are.

“And I love to do it – sometimes just because it’s so much fun to get him riled up.”

The couple then discussed how they each handle anger with McGraw saying he displays it outward and then lets it go, something Bones says he understands and likened himself and his co-host to the “on-air” Tim and Faith.

Watch Tim McGraw and Faith Hill’s full interview with Bobby Bones in the video below and let us know what you think in the comments.