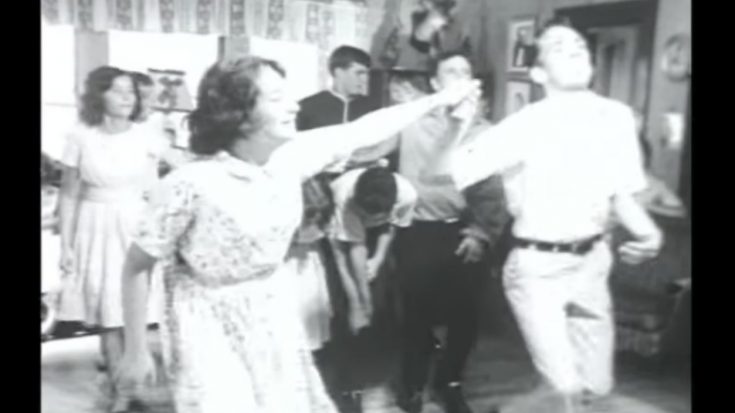 If you’ve never experienced the joy of clogging, then you’ve never lived! Clogging, one of the oldest and greatest forms of dancing, originated in the Appalachian Mountains and has influenced some of today’s hottest dances including the ever popular country music line dancing.

In 1964, documentarian David Hoffman witnessed the magic of the dance first-hand when he visited the home of legendary banjo player and singer Bascom Lunsford in South Turkey Creek, North Carolina. Hoffman captured rare footage during his visit that would become a treasure for lovers of Appalachian history.

This Friday afternoon I am celebrating my efforts on YouTube. I now have 50+ million views. I have mastered the…

In the video, a group of young people are seen showing off their flawless flat-footed dancing as a small bluegrass band plays along.

“I’d never seen anything like it,” Hoffman said of the dancing. “Family, extended family and the innocence, sweetness and beauty of this dance and the people.”

The six-minute clip posted to YouTube by Hoffman is just a small part of the documentary he made called Bluegrass Roots, a film that follows “Old Man Bascom Lunsford” as he casts the talent for his Asheville Mountain Music Festival, the first festival of its kind.

If you’re a bluegrass fan or a lover of American history, you’re sure to appreciate the nostalgic footage below.