By Manly Bryant on February 21, 2018
Advertisement 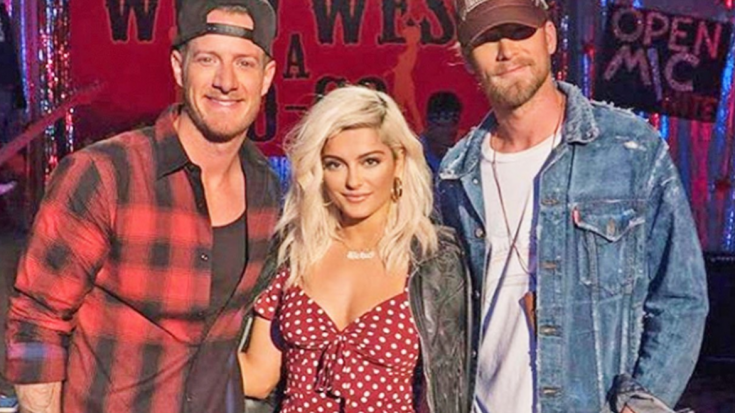 Florida Georgia Line added another hit to the their long list of outside-the-genre collaborations when they teamed up with popstar Bebe Rexha for her sultry single, “Meant to Be.”

Following the massive success of their collaboration, Rexha made history as the first woman to debut a song at No.1 on Billboard’s Hot Country Songs chart. However, their success didn’t stop there.

The Platinum-certified song just broke the record for longest stay at No.1 for a female artist on Billboard’s Hot Country Songs chart, managing its stay at the top spot for a history-making 12 weeks.

“Some of the coolest moments for us have been the ones we never planned. Going into the writing session that day in LA, we had no idea that it would turn into this,” FGL’s Tyler Hubbard said in regards to the track he wrote with Rexha, Josh Miller and David Garcia. “Seeing how the fans are connecting to the vibe and message of ‘Meant to Be’ has been really amazing.”

In addition to their collaboration with Rexha, FGL have notched massive crossover radio hits with the help of the Backstreet Boys in their most recent No.1 “God, Your Mama, and Me” in addition to their appearance on EDM pop duo The Chainsmokers‘ “Last Day Alive.”

You can hear the history-making single below.