By Miranda Raye on March 8, 2018
Advertisement 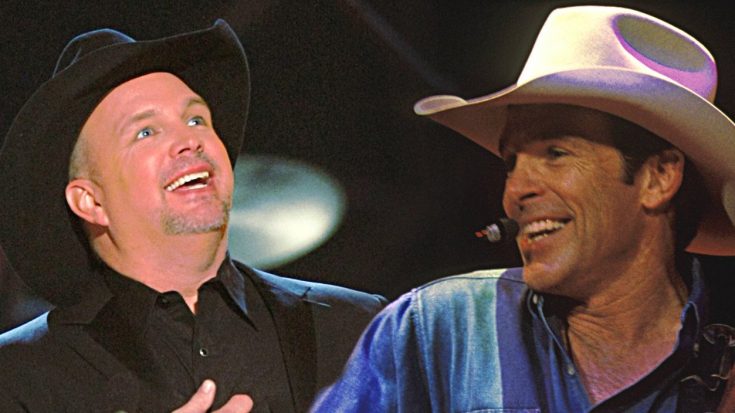 Chris LeDoux was the definition of a true cowboy.

Before making his mark on the country music world, Chris supported his family as a professional rodeo cowboy. While traveling with the rodeo, Chris wanted to tell his story through music, and he began writing songs based on his life experiences.

In 1976, Chris won the National Finals Rodeo in Oklahoma City, and through that fame, was given the opportunity to share his music with a wider audience.

That same year, Chris and his longtime fan, Garth Brooks came together for an epic collaboration. The two recorded and released the hit song, “Whatcha Gonna Do with a Cowboy” as the first single from Chris’ album of the same name.

“I'm lean, mean and hungry, rude, crude & dirty, to most folks that see me goin' down the road. I'm a bum and I'm lazy, some think I'm crazy,
but I'm just a cowboy tryin' to take that money home.” -Chris LeDoux pic.twitter.com/tkXXHnV8bT

Of course, with two icons like Garth and Chris, the song was destined to be a hit, and that it was. The song peaked at number seven on the Billboard Hot Country Singles & Tracks chart, and hit number five on the Canadian Country Tracks chart.

Unfortunately, Chris LeDoux’s life was cut far too short when he passed away in 2005 at the age of 56. His memory will forever live on, and his talent could never be matched.

Rest in peace, Chris. Watch Garth and Chris’ duet below.