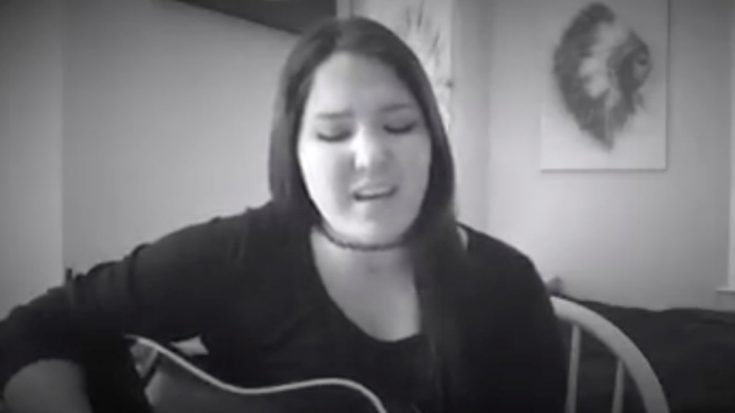 The apple didn’t fall far from the tree for Garth Brooks and his youngest daughter, Allie. The 20-year old often shares videos of her performances online and there’s no doubt that she got her daddy’s vocal abilities.

In the past, Allie has covered songs of all types from Randy Travis’s “Three Wooden Crosses” to “Hello” by Adele. But, until now, we’ve never heard her cover one of her famous dad’s songs.

In a new video posted to Facebook, Allie performs an acoustic rendition of her dad’s 1995 hit “She’s Every Woman.” The song, from Brooks’ Fresh Horses album, topped the Billboard Hot Country Singles chart, making it Garth’s 14th song to do so. Garth co-wrote the tune with Victoria Shaw. If Shaw’s name sounds familiar it’s because you’ve probably seen her name on some of country music’s biggest hits including “The River”, a song she and Garth co-wrote.

Check out Allie Brooks singing “She’s Every Woman” then hear her dad’s original in the videos below. See more from Allie and follow her on Facebook by clicking here.