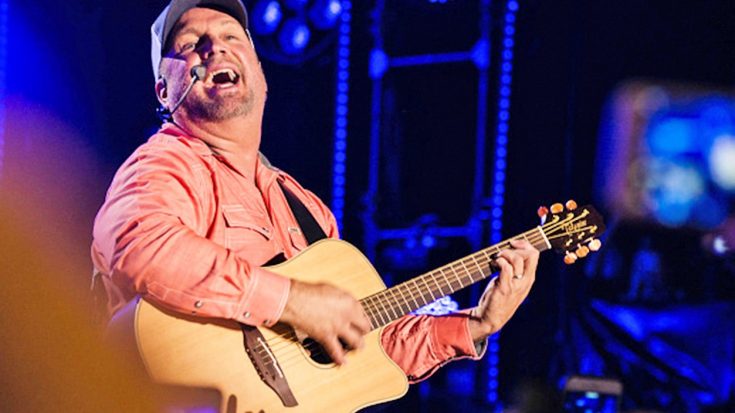 Over three years have passed since Garth Brooks came out of his thirteen-year-long retirement, immediately embarking on his world tour alongside wife Trisha Yearwood. The past few years have consisted of constant touring for the country singers, Brooks and Yearwood doing their best to connect with their fans night after night.

During a show in Calgary, Canada, Brooks spotted a fan holding a sign requesting he sing a certain song. While fans requesting artists perform their favorite song is nothing new, it’s semi out of the norm for the song to be one not recorded by the artist themselves.

“You’ve come all the way to Calgary to hear somebody else’s music?” asked Brooks upon spotting the sign requesting Bob Seger‘s 1976 hit, “Night Moves.” “What do you think? I’m some kind of frickin’ jukebox?”

After getting that out of his system, Brooks inevitably obliged his fan and rolled into a performance of the rocker’s hit. While “Night Moves” is in no way a country song, the audience didn’t seem to mind the change in tone, the crowd noticeably moved to their feet during the performance.

You can watch the hilarious exchange below.