By Miranda Raye on March 21, 2017
Advertisement 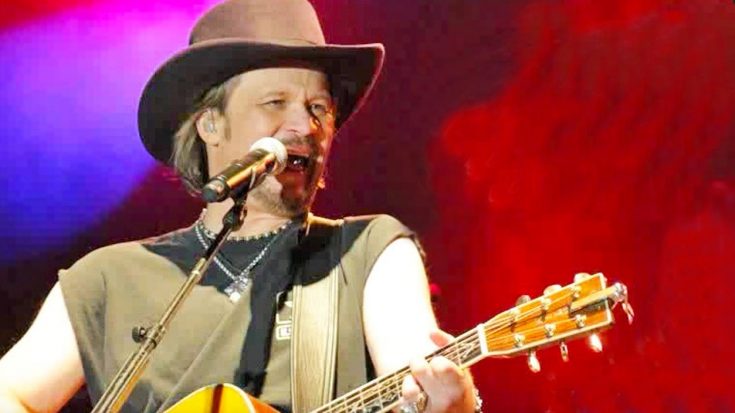 You could say that Travis Tritt knows how to make a country music debut. Following the success of his first single, “Country Club,” it seemed like Tritt was destined for stardom.

Tritt’s follow-up single to “Country Club” secured his status as a powerful force in country music. Titled “Help Me Hold On,” the song became the first number one hit of Tritt’s career.

Written entirely by Tritt, “Help Me Hold On” serves as a man’s heartbreaking plea to his lover to give him another chance. As his love starts packing up her things to leave, the man finally realizes that he needs to change in order to make her happy.

The chorus serves as the man’s desperate plea to make his love stay with him, as he sings, “You said it takes two to make love last. You were right all along, so help me hold on.”

While Tritt later became well-known for rowdy hits such as “Here’s a Quarter” and “Modern Day Bonnie and Clyde,” “Help Me Hold On” was a bit more toned down. The arrangement featured a light instrumental accompaniment, allowing Tritt’s voice to shine through.

But in 2016, “Help Me Hold On” was taken to a whole new level when Tritt started performing it acoustically. As part of his A Man and His Guitar tour, Tritt transformed some of his most recognizable songs into chill-inducing acoustic remakes.

“Help Me Hold On” is one of the songs that Tritt featured on his tour and its accompanying album. When you listen to the audio of his performance below, you’ll hear no drums, no background singers, nothing. Just the sounds of Tritt and his guitar.

Go ahead and listen to the phenomenal performance below. It’s sure to give you goosebumps!