By Miranda Raye on February 26, 2018
Advertisement 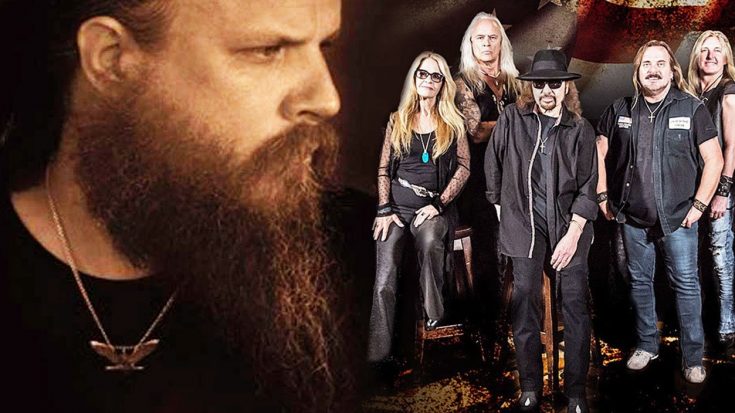 On January 25, legendary Southern rockers Lynyrd Skynyrd made an announcement that left fans in shock. After decades of treating fans to their classic hits such as “Free Bird” and “Simple Man,” the group is embarking on their final tour.

By naming their final tour after that album, Skynyrd is proving that as always, they are carrying the memories of their fallen bandmates in their hearts. They’re also bringing along a few friends for their tour, and they’re all familiar faces.

Back when Skynyrd initially announced their farewell tour, they revealed that artists such as Kid Rock, Hank Williams Jr., and Charlie Daniels would be opening for them on different dates. All of these artists have been friends of Skynyrd’s for years, and have collaborated with them in the past.

Now, Skynyrd is bringing on another longtime friend to help them on their final tour. As just announced on Monday (February 26), country singer-songwriter Jamey Johnson has signed on for select dates of the Last of the Street Survivors Farewell Tour.

Johnson announced the news on Facebook along with an image that indicated which dates he will be performing on the tour. Some of his stops include Dallas, Detroit, and Phoenix.

Joining Lynyrd Skynyrd on a few of their “Last of the Street Survivors” tour dates. All concert information on the website.

Skynyrd also took to Facebook to share the news of Johnson’s addition to their tour. “Happy to have our brother Jamey Johnson out on a few dates of the Last of the Street Survivors tour,” they wrote.

Happy to have our brother Jamey Johnson out on a few dates of the Last of the Street Survivors tour! Tickets available at lynyrdskynyrd.com

Since Johnson is joining Skynyrd’s tour, we have to wonder if he’ll sing along with them on their song “Four Walls of Raiford.” Back in 2015, Johnson covered the song as part of Skynyrd’s One More for the Fans concert special. Watch that performance below.

What do y’all think about Johnson joining Skynyrd on their final tour? Wonder if they have any other surprises in store?

Lynyrd Skynyrd is hitting the road one last time and coming to a city near you this spring – don’t miss your chance to say goodbye! Tickets WILL sell out fast for this legendary final tour, get yours now by clicking here!