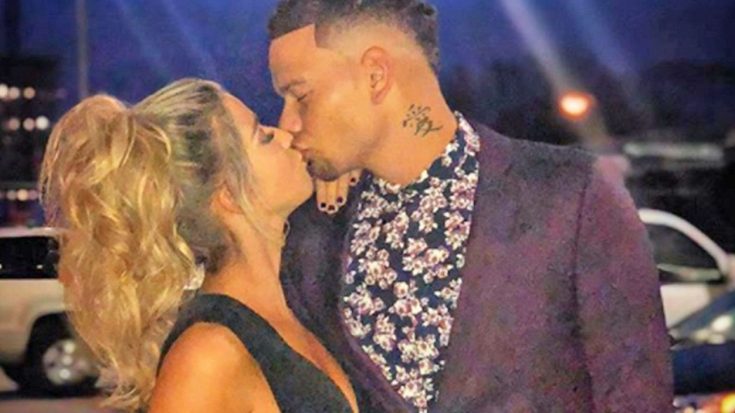 Kane Brown first introduced the world to his beautiful fiancé, Katelyn Jae, back in mid-January when he shared a now deleted photo featuring the two of them. Alongside the photo, Brown penned a sweet message where he declared he had finally found his “other half.” A few months later, the “What Ifs” singer formerly announced his engagement to Jae at his concert on April 18.

While the details about their relationship have been kept relatively secret, the 23-year-old country singer is finally opening up about the details of his proposal to his beautiful fiancé. In an interview with PEOPLE, Brown discussed what he describes as a “weird proposal.”

After meeting over two years ago, Brown popped the question to Jae while the pair were watching The Amityville Horror, a film about newlyweds moving into a house where a mass murder has been committed.

Brown said that he had planned a romantic proposal full of “rose petals and everything like that” but that he “just couldn’t wait” a moment longer.

Brown and Jae are currently planning to have a wedding ceremony in Fall of 2018, Brown explaining that was the only free date he had between his busy tour schedule.

Jae herself had a brief career as a vocal artist managed under Wright Music Group, giving up her solo career to study music management after realizing “she doesn’t like to be in the spotlight.”

You can watch Brown’s music video for “What’s Mine is Yours” below featuring Jae.