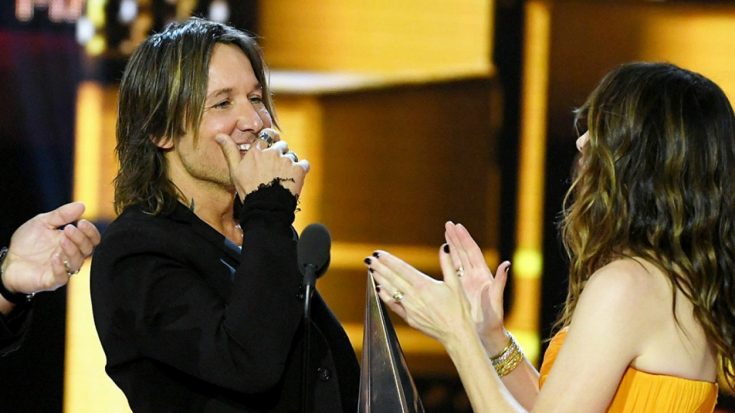 Sunday night (November 19) was an exciting one for country star Keith Urban who received not one, but three wins during the American Music Awards.

Held at the Microsoft Theater in Los Angeles, the AMAs honors artists and songs from nearly every musical genre and is the world’s biggest fan-voted award show. The event proved to be a major milestone for Keith Urban who took home three major country awards including Favorite Country Male Artist, Favorite Country Album for Ripcord, and Favorite Country Song for “Blue Ain’t Your Color.”

The wins came as a huge surprise for Urban who was presented with all three awards at once. The singer took the stage to accept his Favorite Country Male Artist award then was surprised with the other two.

Urban took to Instagram immediately upon leaving the AMAs to issue a heartfelt thanks to his fans.

“We just want to say thank you so much to all of you guys watching this for voting for these three honors,” Urban said as his wife Nicole Kidman sat beside him. “It’s indescribable. I can’t thank you guys enough. Album and Male and also for Song….thank you. Thank you, every one of you. Just thank you,” Keith continued. “You are the best in the world. I love you all.”

Congratulations to Keith Urban on his well-deserved wins!