By Manly Bryant on December 1, 2017
Advertisement 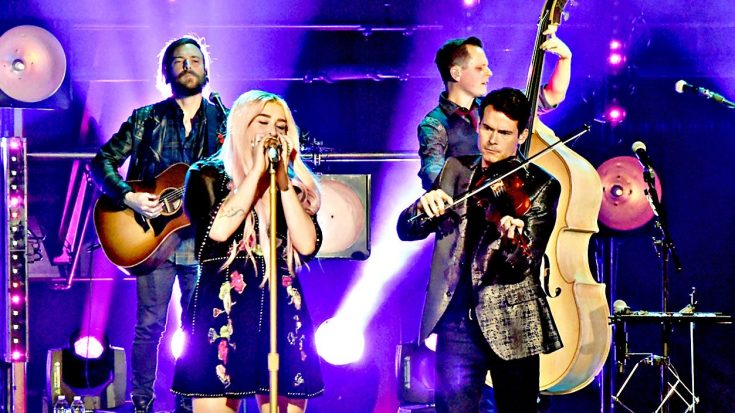 The famed show that pairs artists from country music with another star from a different genre is back at it again – this time teaming up beloved Americana band, Old Crow Medicine Show with pop goddess Kesha!

Taking the stage at The Factory for this unforgettable collaboration of blending country music with a pop composition, Old Crow Medicine Show gives Kesha’s 2010 viral mega-hit “Your Love Is My Drug” a true country-fried sound! Weaving in fiddles, a cello, and having Kesha throw down some sick harmonica riffs, this former synthpop chart-topper gains a totally different sound.

While the lyrics still resemble that of Kesha’s reign over the pop and club charts of the early 2010s, the introduction of true country rock instruments make this song sound like it might have been written with some twang in mind.

CMT Crossroads aired with Kesha and Old Crow Medicine Show on December 6th, 2017 and will feature the two artists singing songs from both of their immense discographies in a whole new way.

This isn’t the first time Kesha has collaborated with a country artist and on her most recent album, she sang a duet with Dolly Parton that her mother had penned decades ago, “Old Flames (Don’t Hold A Candle To You).”

Watch this new sneak peek in the video below and let us know what you think in the comments.