By Tiffany Smithson Aaron on May 16, 2017
Advertisement 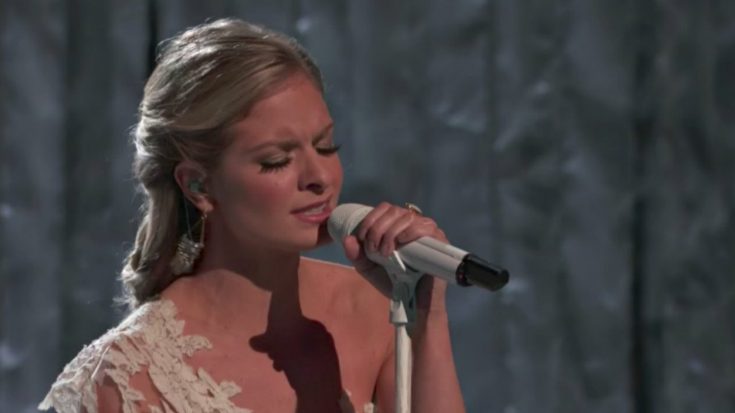 No contestant on season 12 of the Voice has been as unbelievably consistent as Lauren Duski. From the moment she took the stage for her Blind Audition Duski has remained rock solid in her performances and has proven over and over again that she is just what country music needs.

With 8 hopefuls remaining, and only one week left until a champ is crowned, the Michigan native brought pulled out all the stops with a stunning cover of the 1990 Shenandoah classic “Ghost in This House” during Monday’s episode (May 15).

Dressed in all white, Duski sang from a set somewhat reminiscent of Shenandoah’s music video from their original release. Her truly haunting delivery earned praise from her coach Blake Shelton who told the singer that she was able to pull off an “untouchable” country song.

“What you just did is monumental, and country music fans, I can’t wait to see how they respond,” Shelton said.

Duski’s performance was so amazing that it skyrocketed to the #1 position on the iTunes charts, making it the first song of season 12 to do so.

Hear Lauren Duski perform “Ghost In This House” in the video below. To download the single, click here.