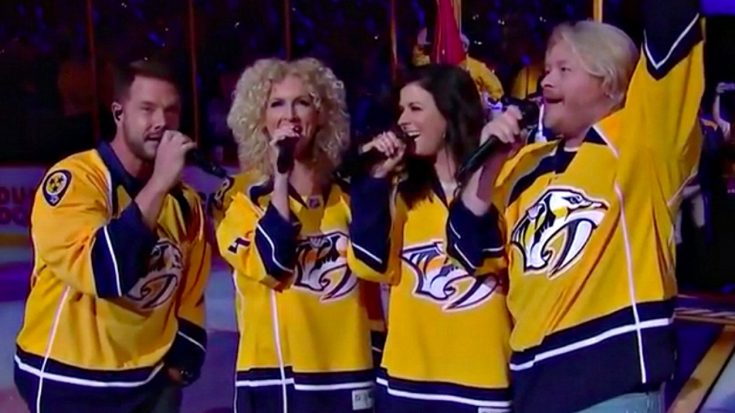 The Grammy Award winning quartet took to the ice prior to the Predator’s third game against the St. Louis Blues in the second round of the Stanley Cup playoffs. All band members were clad in Preds jerseys as they launched into a flawless performance of the National Anthem.

Little Big Town weren’t the only famous faces in the crowd. ‘Nashville’ star Charles Esten, Luke Bryan, Dallas Cowboy’s quarterback Dak Prescott, and others were reportedly in attendance. Country legend Lee Greenwood treated the crowd to a performance of his mega hit “God Bless The USA” during intermission.

The Predators outscored the Blues, putting them in a 2-1 lead in the series. The teams will face off again on Tuesday night (May 2).