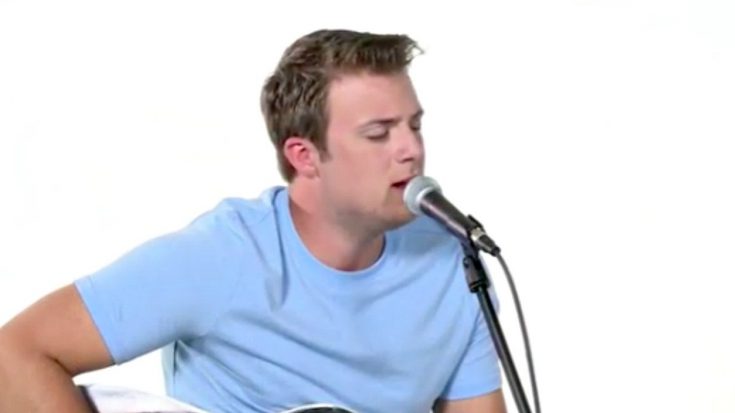 One of the biggest country music stars of the 1990’s was John Michael Montgomery. With timeless hits such as “I Swear” and “I Love The Way You Love Me,” Montgomery secured his place in country music as the ultimate balladeer.

Now it looks as if Montgomery’s son is following in his famous dad’s footsteps. Walker Montgomery first wowed the internet in 2016 when he joined his dad on stage to sing “Life’s a Dance,” the elder Montgomery’s debut single from 1992.

It was apparent that Walker had not only inherited his father’s famous dimples, but his smooth voice as well. In the video, John Michael sings the well-known lyrics to the first verse and chorus before Walker jumps in on the second verse. If you were to close your eyes while listening, you’d never know that it wasn’t John Michael Montgomery singing the entire song!

Walker has since made waves with a video in which he covers the Keith Whitley classic “Don’t Close Your Eyes.” The video clip posted to Instagram shows Montgomery playing guitar and singing in front of a white backdrop. Backed by two other guitars and a harmony singer, Walker delivers a flawless acoustic cover that would have made Keith Whitley proud.

Hear Walker Montgomery sing “Don’t Close Your Eyes” below, then scroll down to hear more.

I had a great time singing one of my all time favorite songs! #KeithWhitley

We can’t wait to see what the future holds for this young talent! Hear Walker Montgomery’s debut single in the video below.