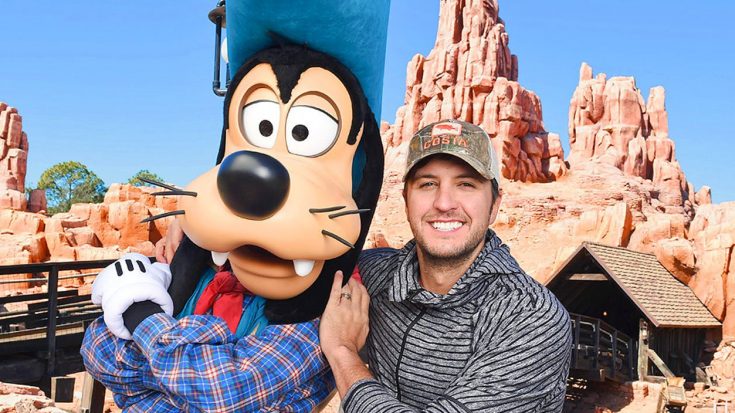 After wrapping up his Kill The Lights Tour, he and his family headed to Orlando, Florida to spend some time at Disney World. Clad in a Prince Charming t-shirt, Bryan spent the day chasing his sons, Bo and Tate, and nephew Til around the happiest place on Earth.

OML I LOVE HIM ?? pic.twitter.com/z6gMd6zvhP

His wife, Caroline, wore a super cute shirt with the names of Disney princesses and her name at the bottom.

I love her so much pic.twitter.com/yoYZLbBIY0

Bryan even took some time out of his day to take photos with his fans who spotted him! How awesome is that? Check out their photos below!

I WAS JUST ON SAME COASTER AS @LukeBryanOnline at disney !!!!! Thanks for photo!!! pic.twitter.com/rGFlSnsbXM

Bryan has been to Disney World a few times and loves bringing his family. Watch him talk about Disney magic in the video below.