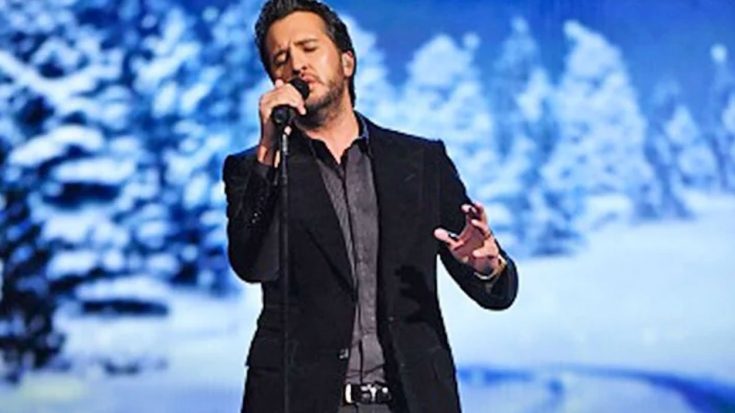 Year after year the Grand Ole Opry is transformed into a winter wonderland for CMA Country Christmas. After eight consecutive years of Jennifer Nettles acting as emcee, country music legend Reba McEntire is taking over the role!

“Christmas is such a special time,” said McEntire according to Rolling Stone. “It reminds me of growing up in Oklahoma and singing carols with my family. I’m just tickled to join a group of some of my best country buddies onstage to celebrate the holiday season. This is where my love of music began.”

Some of the biggest names in country music came together for the event including Kelsea Ballerini, Alan Jackson, Trisha Yearwood, and of course, Luke Bryan. The notorious booty-shaking country singer took a change of pace from his typical quick-paced performance to deliver a gorgeous rendition of perennial Christmas classic, “O Holy Night.”

You can watch Bryan’s performance of “O Holy Night” below.