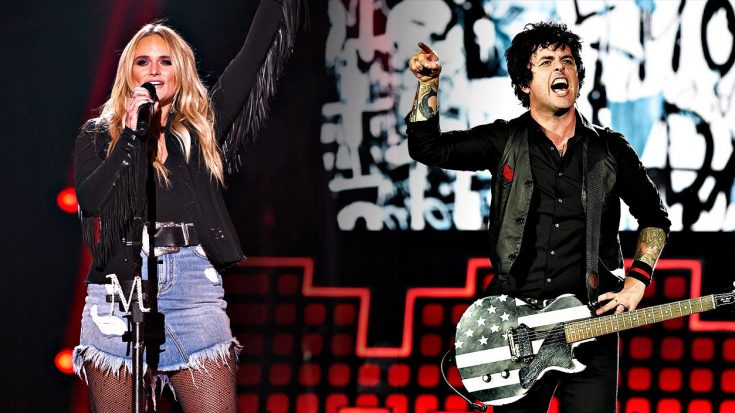 This isn’t the first time she’s teamed up with an artist from another genre, but this time she’s trekking all the way back to an era of punk rock stardom that had overtaken mainstream music – and the combination is completely riveting!

Heading into the studio with legendary punk band, Green Day, country music’s own Miranda Lambert lends her insane vocal talent to a refreshed take on a track they originally debuted on their 2016 album, Revolution Radio.

Sharing lead vocals, Lambert and Green Day frontman, Billie Joe Armstrong deliver an impressive performance in this slow and somber tune about the everlasting power of love in an “Ordinary World.”

The simple instrumentation paired with their silky-smooth harmonies will remind you of other tracks Lambert has crafted in the past, and is a perfect example of just how versatile her talents are as a musician.

“Ordinary World” will be featured on Green Day’s forthcoming compilation album, Greatest Hits: God’s Favorite Band and is one of two newly available tracks that will be included on the 22-song project.