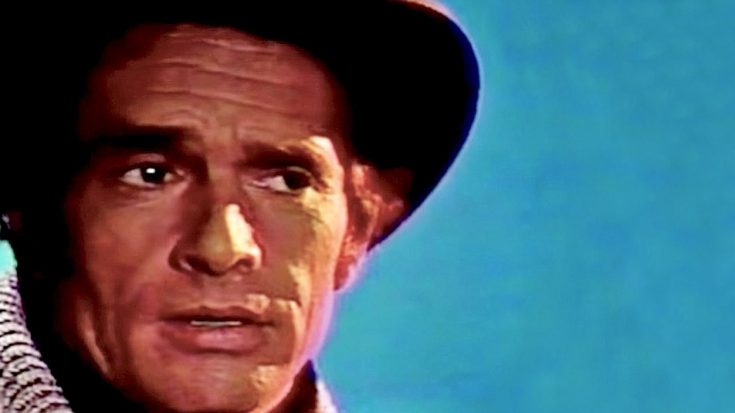 Merle Haggard wrote so many extraordinary songs over the course of his career. Therefore, it would be impossible to pick which is the absolute best. But there’s no question in our minds that “If We Make It Through December” is one of the greatest songs Haggard ever wrote.

“If We Make It Through December” was originally released as a Christmas song. It was featured as the lead single off of his 1973 holiday album, Merle Haggard’s Christmas Present.

The song held the number one spot on the country charts for four weeks following its release. Due to its popularity, Haggard re-released “If We Make It Through December” on an album of the same title four months later.

Audiences were able to resonate with the song year-round, because it addressed common topics that know no season. Just as a few examples, the song covers issues pertaining to the working class, unemployment, and loneliness.

Four years after “If We Make It Through December” was released, it still had a profound impact on all who listened to it. That’s the year that Haggard brought the song to the Donny & Marie show during an appearance there on January 14.

Footage from Haggard’s Donny & Marie performance resurfaced on the internet just this year, and let us tell you, it’s remarkable. The bright color footage shows Haggard playing guitar on a couch in a dimly-lit living room setting.

Even though Haggard never moves off of the couch during the performance, there’s something about it that is deeply intriguing. The simple setting adds further to the song’s humble message and tone, which is what makes this clip such an incredible find.

We’re so glad that this footage has found it’s way online after being hidden for so many years. We hope y’all will enjoy watching it in the clip below.

This performance proves why Haggard is one of the greatest artists and songwriters that will ever grace country music.