By Manly Bryant on November 30, 2017
Advertisement 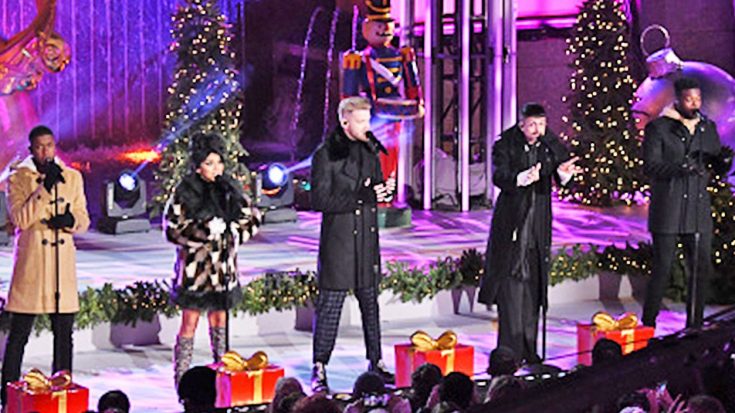 Three-time Grammy Award-winning a cappella group Pentatonix is welcoming in the holiday season with an incredible take on iconic Christmas carol “Let It Snow.”

Coming off the heels of their second holiday special, A Very Pentatonix Christmas, the a cappella supergroup performed a surreal rendition of “Let It Snow” at the annual Christmas tree lighting ceremony in Rockefeller Center.

The five-membered group perfectly executed their version of the Christmas carol. Dancing along to the beat they were creating with their voices alone, Pentatonix proves why they’ve managed to break through barriers typically placed on a cappella groups.

Pentatonix – consisting of vocalists Scott Hoying, Mitch Grassi, Kirstin Maldonado, Kevin Olusola, and Matt Salee – made their debut into the world of country music back in 2011 when they were named the champions of NBC’s The Sing-Off.

﻿You can watch their rendition of “Let It Snow” below.