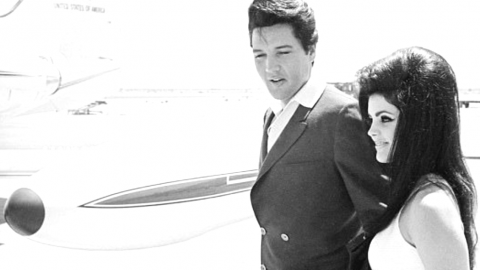 Even though they divorced prior to his death, Priscilla Presley has loyally spent her life preserving and protecting the legacy of The King of Rock and Roll, Elvis Presley.

On Wednesday (March 14), Priscilla made an appearance at South by Southwest in Austin, Texas, to promote a new documentary that she executive produced, Elvis Presley: The Searcher. During the discussion, Priscilla revealed that the documentary explores Elvis’ ties to Memphis, Tennessee and his dislike for Hollywood.

“He always came back to Memphis because Hollywood didn’t get him,” Priscilla told the audience according to BigCountryHomepage.com. “And he didn’t like Hollywood. He needed to come back to where things felt real.”

The 72-year-old took along with the film’s producers and director took part in a panel before a screening of the three-hour two-movie documentary that features archive photos and footage from private collections. Additionally, Priscilla expressed her feeling that the documentary will take fans on a journey through Elvis’ life.

“You cannot tell Elvis’ story in one hour. You cannot tell it in two hours. So that’s why I say it takes you on a journey,” she shared before continuing, “In this generation, everybody wants everything right now, but in order to get the true feeling of it, you have to see it.”

The documentary will premiere on HBO GO and HBO NOW next month on April 14.