By Manly Bryant on January 16, 2018
Advertisement 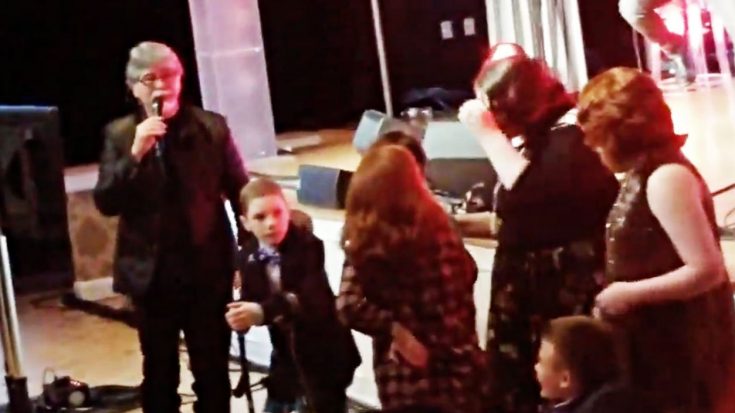 His iconic voice blended with the children’s’ as they left an entire crowd of people breathless with this beautiful performance.

As part of the St. Jude Country Cares Seminar in Memphis, Tennessee recently, Brad Paisley and Alabama frontman, Randy Owen, took to the center of the ballroom and sang their hearts out in a beautiful and mesmerizing rendition of “Angels Among Us.”

Filmed by attending country singer Cody McCarver, this beautiful moment saw Owens pick up the microphone and welcome the young children to come sing along with him. Joining in the moment, Paisley quickly made his way to the front of the room and sang his heart out with the group.

Truly a remarkable performance, this unforgettable part of the Country Cares movement will always remain in the hearts of those who were there – and luckily, the whole performance was captured on tape!

Watch the video below and let us know what you think in the comments!

Randy Owen singing Angels Among Us with Brad Paisley also with children from St. Jude… #RiseUp