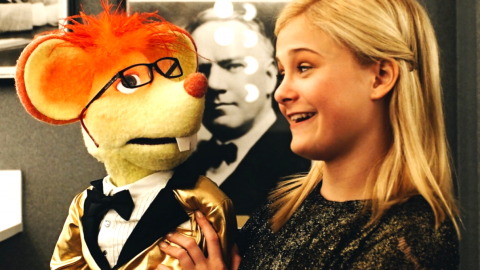 ﻿Singing ventriloquist Darci Lynne Farmer made history as one of the youngest contestants to be named victor of America’s Got Talent.

Since charming the nation with the help of her adorable puppets, the 13-year-old has made multiple high profile appearances including A Very Pentatonix Christmas, headlined her very own sold-out show at Vegas’ Planet Hollywood, even hitting the road on her first-ever tour earlier this year.

In addition to headlining her own tour, Darci Lynne is set to be honored as the 2018 Young Creativity Ambassador at the Civic Center Music Hall in Oklahoma City on Monday evening (April 9).

“We are so excited that Darci Lynne is taking time out of her busy performing schedule to be honored and to celebrate with us. We invite the public to join us as we recognize our state’s newest Creativity Ambassadors and enjoy performances by several Ambassadors,” announced Susan McCalmont, President of Creative Oklahoma.

So proud of all she has accomplished at such a young age! You can watch where her journey began on America’s Got Talent below!