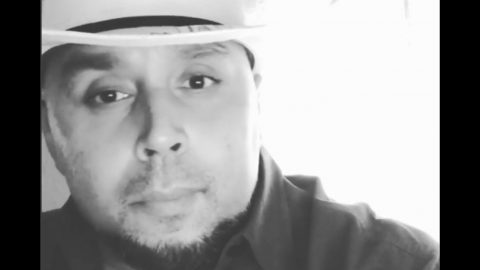 Kris Jones won the hearts of millions of people in January when his stunning cover of George Jones’ “Tennessee Whiskey” took the internet by storm. With his daughter Dayla by his side in the font seat of his work truck, Jones delivered one of the most impressive “Tennessee Whiskey” covers we’ve ever heard and garnered a whopping 300,000 Facebook followers as a result.

Now Jones has done it again with an emotional and brief song clip posted to social media as a tribute to his father who passed away in 1999.

“I wrote that song in 2005, and then it meant something different to me,” Stapleton told Radio.com. “To me it was just a song that came off of an idea.” But, he continues, “when [my father] actually did pass away, that became the time to sing that song.”

The sentiment is similar for Kris Jones who remembers his own dad when he hears the song.

“Music is the connection to everything. A song can make us happy, make us want to dance, or remember a special person that has passed on,” Jones told Country Rebel. “My dad wore a lot of boots. He was good, he was bad. But I remember the love. He had a lot of that.”