The Backstreet Boys Rock ‘CMT Artists Of The Year’ With Stunning ‘H.O.L.Y.’ 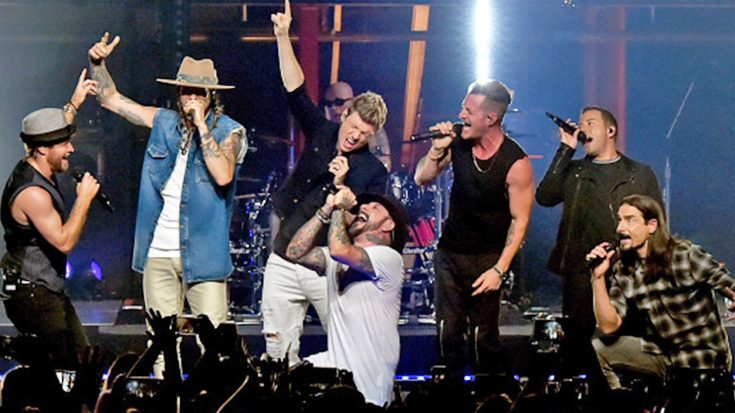 Florida Georgia Line introduced the Backstreet Boys to the world of country music when the duo invited the iconic boyband to join them on their No.1 hit, “God, Your Mama, And Me.”

Since then, the men of the Backstreet Boys have accompanied FGL’s Tyler Hubbard and Brian Kelley on their 2017 Smooth Tour and a variety of award shows, gracing the world of country music once more to honor the country music duo with an awe-inspiring rendition of “H.O.L.Y.”

Typically an award ceremony, CMT transformed the annual event into a night of hope in light of devastating hurricanes that have ravaged the United States and the deadly mass shooting at the Route 91 Harvest music festival in Las Vegas. During the 90-minute special, some of the biggest names in the business will offer special messages of hope to fans.

“Given the devastation of Hurricanes Harvey, Irma and Maria and the mass shootings in Las Vegas, we feel a commitment to our fans to address all of the tragedies not in one somber and solemn moment or segment, but rather devote the entire evening to uplifting the fans through high-spirited music,” said Frank Tanki, General Manager of the television station said as written on CMT’s official website. “The special has always been a place where artists from different genres can stand side-by-side, and now more than ever, we want to showcase the power of unity and resilience through music.”

In addition to the Backstreet Boys and FGL, Blake Shelton, Brothers Osborne, Dolly Parton, Kelsea Ballerini, and more are set to appear at the tribute ceremony.

You can watch their tribute performance below.