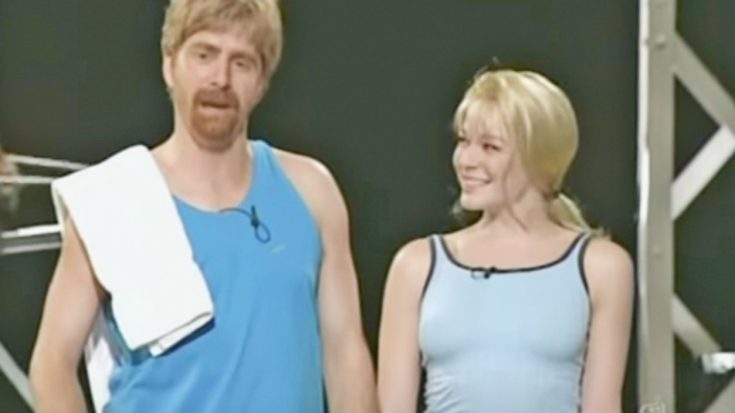 “Hey Christie Brinkley, aren’t you sick of having to workout by yourself?” Norris asked the supermodel.

“I sure am Chuck Norris!” she responded coyly with a smile.

“Now with the Dual Masterexerciser 3000, you don’t have to! Take a look at this!” Norris said before a black curtain parted, hilariously revealing the exercise equipment.

Demonstrating how the Dual Exercisermaster 3000 works, two athletic models work the risqué exercise machine, Norris’ jaw dropping at the sight of what he has signed on to endorse. The Walker Texas Ranger actor attempts to back out on the deal, the infomercial director reminding him he was set to receive $1 million.

After failing to properly read his lines, the director decides to switch gears and get Norris and Brinkley up on the machine to show the audience how it’s done. Becoming increasingly more uncomfortable with the situation, Norris decides to voice his opinion.

“Guys I’m a happily married man and I’m totally not comfortable with this,” says Norris. In attempt to get him more at ease with filming, they throw up a male actor to work the machine with him, Norris again changing his mind.

“The Dual Exercisermaster 3000! Order one today and we’ll throw in a private training session with Chuck and Christie in your home!” After hearing the hidden clause his contract requires of him, the actor storms off set while the supermodel still works out on the machine.

You can watch the hilarious skit below!