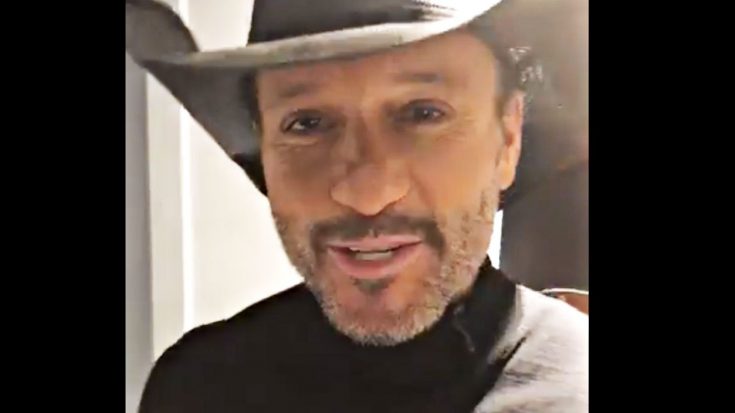 Poking fun at his close friend and musical colleague after being named “The Sexiest Man Alive” this country superstar dropped some bars and melodies in a hilarious ode to the new title!

Singing country’s classic hit, “It’s Hard To Be Humble” originally made famous by Mac Davis, Tim McGraw, and wife Faith Hill team up with their band backstage at The Tonight Show with Jimmy Fallon for this one-of-a-kind performance.

I just wanted to share with everyone the moment I knew @blakeshelton was the sexiest man alive. What was your moment? @people #blakesheltonsexiestmanalive pic.twitter.com/yQZwh8qFTG

I just made a drink.. A sexy drink. #donthatemebecauseimbeautiful

Now, in this hysterical new video, McGraw dedicates this performance as an “ode to Blake Shelton,” congratulating him on the new title – and being the first country singer to earn the honor.

Ribbing Shelton for the new title as many of his other friends have, McGraw sings a pointedly-titled song, “It’s Hard to Be Humble” for his old friend!

Watch the full clip below and let us know what you think in the comments.