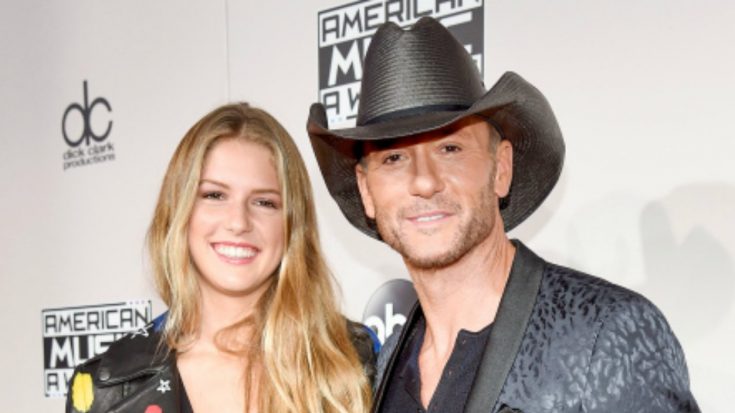 As if Tim McGraw could be a cooler dad, the “Humble and Kind” singer took his daughter Maggie on the ultimate father-daughter date.

My date for the night! #AMAs #Maggie

18-year old Maggie McGraw joined her famous dad at Sunday night’s American Music Awards where she got to see him pick up the favorite country song award for his hit song “Humble and Kind.”

During his acceptance speech, Tim addressed his daughters Maggie, 19-year old Gracie, and 14-year old Audrey saying they are “an inspiration to me every single day.” McGraw also thanked his famous wife and Soul2Soul tour mate, Faith Hill, calling her “my soul soldier … who stands beside me.”

Prior to the AMA show, Tim and Maggie hit the red carpet where all eyes were on the 18-year old who looks eerily like her mom. This isn’t the first time Maggie has accompanied her dad to an awards show. She had the honor of joining her dad at the CMT Awards earlier this year.

Maggie’s mega-star parents are gearing up for their third tour together. The massive 65-city 2017 Soul2Soul World Tour starts April 7, 2017 in New Orleans and will wrap six months later in New York City.