By Jennifer Pernicano on July 19, 2017
Advertisement 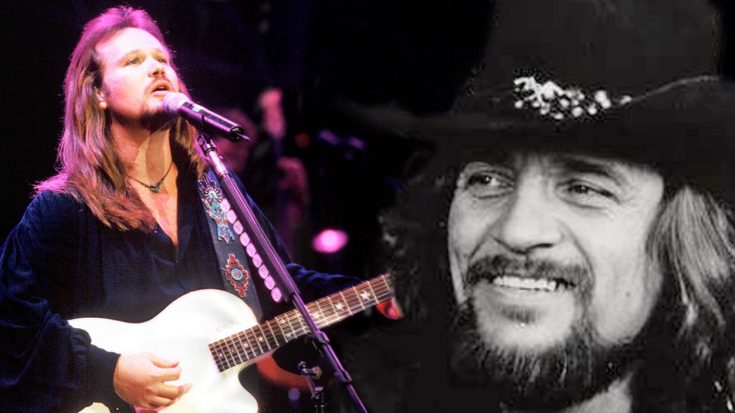 The country music world was rocked when outlaw legend Waylon Jennings passed away on February 13, 2002. Travis Tritt, who considered Jennings a close friend, was slated to play at the Grand Ole Opry later that week, and instead of canceling his appearance, he used his platform to pay tribute to one of the greatest musicians country music has ever seen.

“I don’t have to tell you folks what the man that we lost this week meant to me,” Tritt told the audience. “Just like all of us who are here this evening, Waylon taught us a lot of lessons, and we’ve all borrowed from him at some point or another and we’ve all learned from him.”

Tritt revealed that just a year-and-a-half prior, he recorded a live album with Jennings at The Ryman Auditorium and since then, he and his band had been performing the Jennings classic “I’ve Always Been Crazy” on the road.

He figured no better time than now to play the song for his friend on the stage they once shared together.

“We wanna do this one for Waylon tonight,” he said before diving straight into the hard rocking country song.

Tritt turned what could have been an extremely heartbreaking moment into something Jennings would have loved – country fans rocking out to a real country song.

Watch his “I’ve Always Been Crazy” tribute below.