By Jennifer Pernicano on May 12, 2017
Advertisement 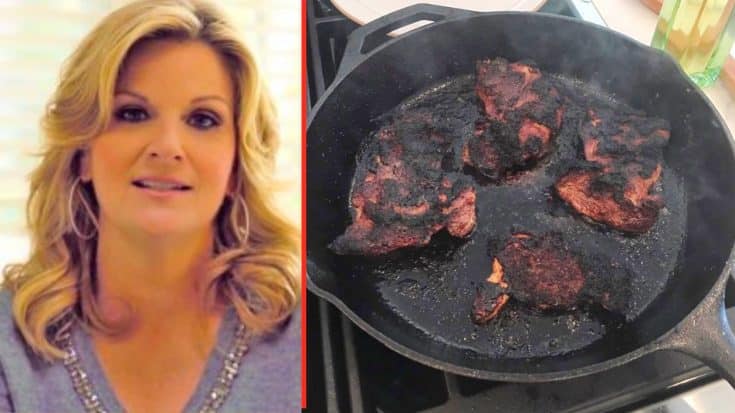 The Queen, as her husband Garth Brooks calls her, is about as close to perfection as it gets. Trisha Yearwood has many talents, with just a few of them being an extremely successful country singer as well as an Emmy-nominated host of her own cooking show, Trisha’s Southern Kitchen.

On her show, she cooks family recipes and shares healthier tips to enjoy a lighter version of traditionally heavier Southern cuisine. Her recipes always come out picture perfect, which is why fans always ask her if she ever burns anything. Usually the answer is no, but that all changed on Thursday (May 11).

She shared a photo on her Facebook of a few well done pieces of chicken in a cast iron skillet with the caption, “Everyone always asks if I ever burn anything. Well, there you have it!!!”

Many fans, while shocked by this admission, left comments of encouragement on this photo of proof that Yearwood is actually human.

See the photo below that no one saw coming.

Everyone always asks if I ever burn anything. Well, there you have it!!! And yes…I did set off the fire alarm xo